I'm done with Fairest; let me tell you why.

I talked about my concerns in my review of the first volume, and my feelings about all these things have only gotten stronger.  Fables is an amazing, epic story with just as many strong, flawed, complicated, fascinating female characters as male--maybe even more.  I appreciate the desire for a spinoff series to tell one-off personal stories and fill in backstory, but the implication that women need this special place when Willingham had given them such a great seat at the table is just infuriating.

And then there's the imagery.  I linked to a bunch of covers in my previous post--do you want to see some more? 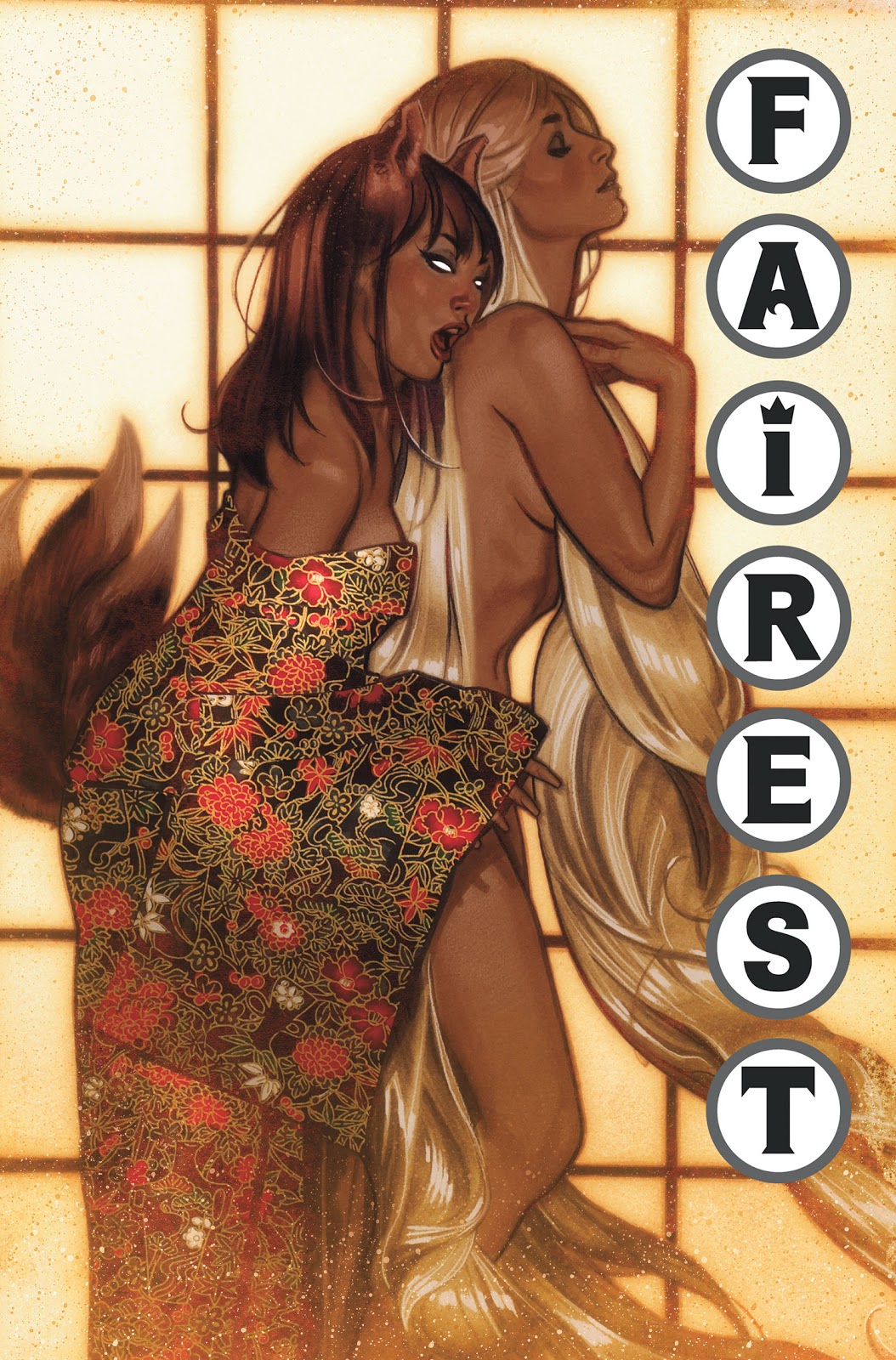 God I hate these.  I mean, they're lush and sexy and provocative, and I'm not offended by sex.  The one on the left I even find kind of gorgeous.  But I'm offended by the fact that this entire series seems to be about reducing the breadth of these characters.  Gah.

Anyway, these are reasons that I thought about stopping.  But ultimately, I'm driven by my baser instincts, and I will follow a good story into a lot of ugly places (The Color of Light comes to mind as a book I have loved for a long time that, as Jolene finally pointed out to me about 10 years ago, really hates women).  So I actually kind of liked the first volume, and I was really looking forward to the second.

Unfortunately, Bill Willingham did not write this volume.  Apparently the reason for the spinoff series is to give other writers a place in the Fables universe.  Amazon tells me this volume was written by Lauren Beukes.  I know nothing about her, but I do know that this story didn't make any sense at all.  I read the first two issues in the volume, and I could not for the life of me follow what was going on.

There was this random paper crane the flew in through the window and suddenly Rapunzel knew that her children who she thought didn't exist did exist and were in trouble.  And then they're in Asia and we're flashing back to a time when the old world Rapunzel ended up in a Japanese fable realm for some reason.  And then we flash back forward to her unauthorized trip to Japan to track them down, where she runs into all these relevant characters on the same streetcorner in one night and then goes to this place with one of them that is--what, somewhere?  I don't know.  I don't get it.

I can tell you that the most interesting part of the story was the problem of how to hide the fact that her hair grows four inches per hour on a 20 hour international plane flight.  I found this to be a fascinating problem.  They solved it with magic.  Snore.

Yeah, so I'm done.  The next volume of Fables proper comes out next month.  I'm just going to hang my hopes on that.
Posted by LibraryHungry at 9:53 PM